← more from
re:st
Get fresh music recommendations delivered to your inbox every Friday.
We've updated our Terms of Use. You can review the changes here. 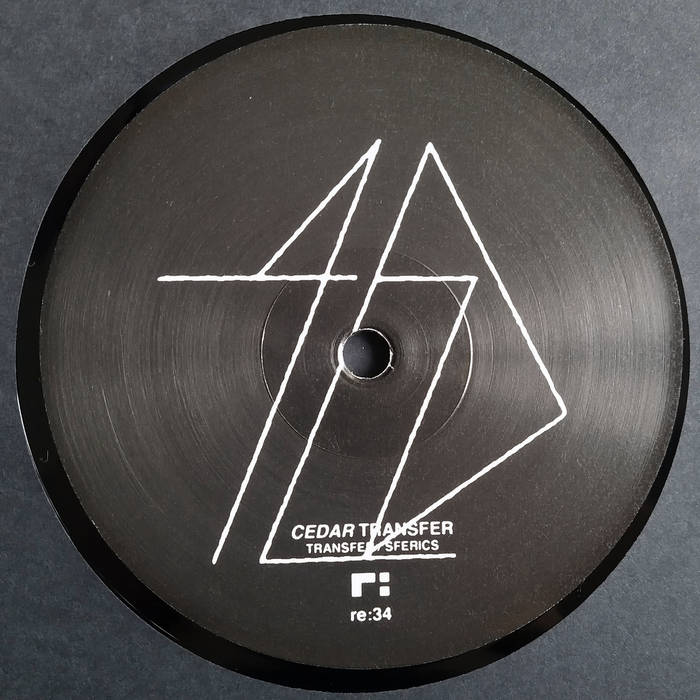 Smokin' Blue What an EP! Precise and dissolving at the same time - a great work of glitchy minimalism, atmospheric ambience and complex rhythms! 10/10 Favorite track: Transfer.

Finn of Tomland The lovely label re:st knows how to release some Grade A+++ goods and this gem tickled my fancy due to it's slow, tight and well syncopated D'n'B rhythms combined with alluring atmospheres. Favorite track: Proxima.

Jon Schorah aka Cedar is a producer intent on finding new ways to embrace his musical influences, from deep house, ambient, techno to drum & bass and minimalism. Much of his early work (circa 1999) appeared on the infamous Good Looking Records and sub labels.

Switching from production to music software design led to several years of silence in the commercial world, shortly to be broken with the forthcoming Transfer EP. Again incorporating his signature atmospheric sound, now more technical and experimental, this release pushes the boundaries of genre classification and signals a direction for future works.

Driving polyrhythms push and pull the tide of natural radio ambience throughout Sferics. Threatening darker overtones spill over, but never quite overcome, as warm pulses eventually enfuse the panorama.
Proxima pushes and pulls with half-time layers anchoring double time pulses, anchored with suckin-sub bass and modulated noise breathing into the space between. From the tension, eventually, harmony arises to fade away almost as it began.

The boundary between the “autonomic” (minimalist, often half-tempo) strain of drum & bass and the sci-fi electro descended from Drexciya in Detroit continues to dissolve to non-existence. British producer Cedar has been around drum & bass for a while, co-signed by serious figures like LTJ Bukem. But on his most recent work, he’s rarified and refined his sound so much that, even though the groove is ever present, these tracks take you into an abstract realm. It feels like you’re following the curves and scatter plots of equations describing your own reactions—which is quite magical, really.
- Joe Muggs, Bandcamp Daily

Swiss label re:st: Music welcomes accomplished beatmaker Cedar for another of their leftfield ambient extractions here. Opener 'Transfer' drops you right in at the deep end, with a rolling, rubbery kick drum making a hypnotic rhythm as deft ambient designs and subtle sci-fi cues fill in the spaces. 'Sferics' is a similar pairing of driving and dynamic rhythm with cavernous open spaces while 'Proxima' gets more frosty, with icy minimal synths and a beat that rocks back and forth on its heels as if stuck in some northern tundra. 'VLF' is the most minimalistic of the lot, a barely-there but hugely compelling rhythm with sonar pulses from a distant planet.
- Juno Records

re:34
Label sticker design by Efentwell.

Bandcamp Daily  your guide to the world of Bandcamp